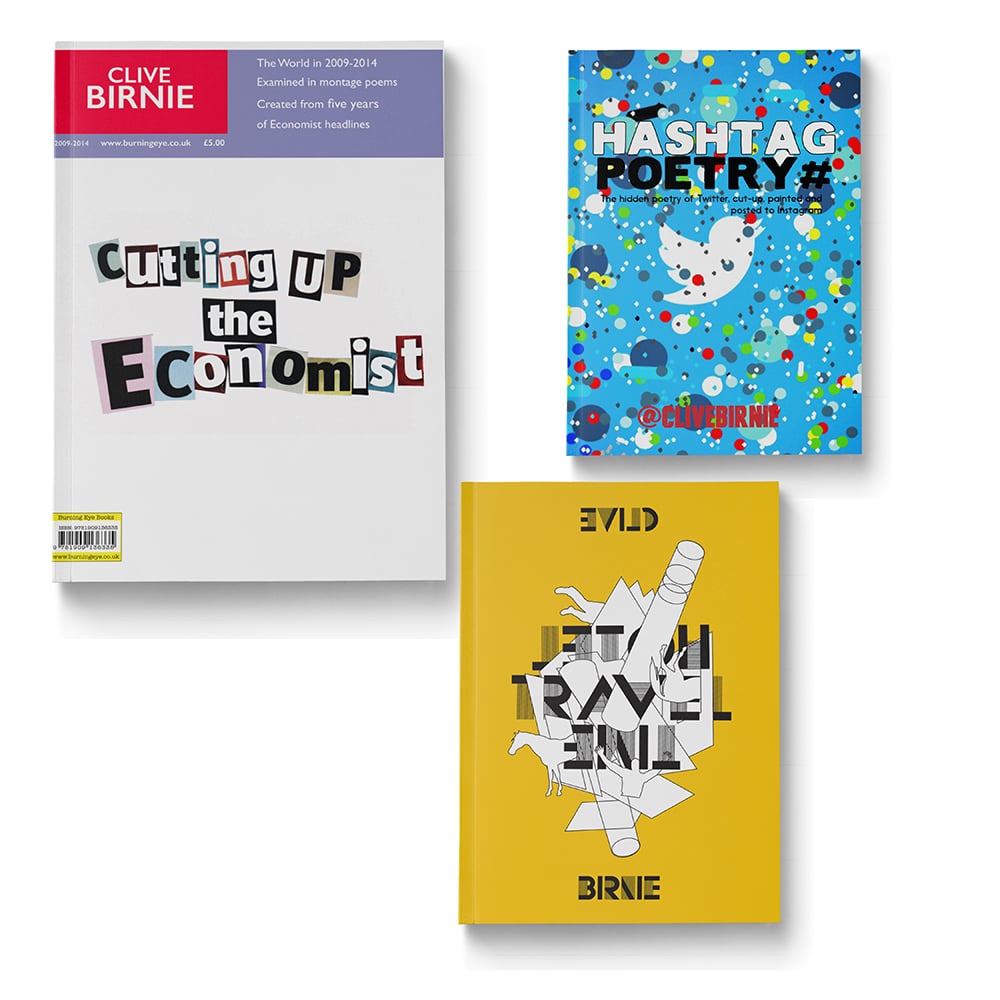 1. Cutting Up The Economist
Clive's 2014 collage poetry pamphlet interrogating 5 years of the post financial crisis world through the lens of The Economist newspaper. Sized to match the Economist. 36pages.

2. Time Travel Hotel (a novel 2015)
Black McCarthy has been despatched to Interfold - The Time Travel Hotel to track down "Eugenides" but the case is not going well. His client, the Wolf, is on his back demanding progress and Interfold keeps shifting time and place, throwing up residency and immigration anomalies as it does so. Unfortunately Black is possibly the worst detective money can buy, his client is not the only one who wants Eugenides found, and time is not only against him but ignoring all the usual rules.

In HashtagPoetry# Clive explores the hidden poetry of Twitter. Taking screen grabs of random collations of three or four tweets on an iPhone screen redacted and erased them using photo editing apps before applying his distinctive patterns of coloured dots inspired by the Japanese artist Yayoi Kusama. The resulting poem-fragments were originally posted to Instagram. The selection collated here were made throughout 2015 and early 2016 in the run up to a residency at the 2016 StAnza International Poetry Festival. Enigmatic and entertaining HashtagPoetry# is a body of micro-poems that have a distinctive visual feel, have a vein of black humour and feature the occasional zombie or cake eating killer goat.